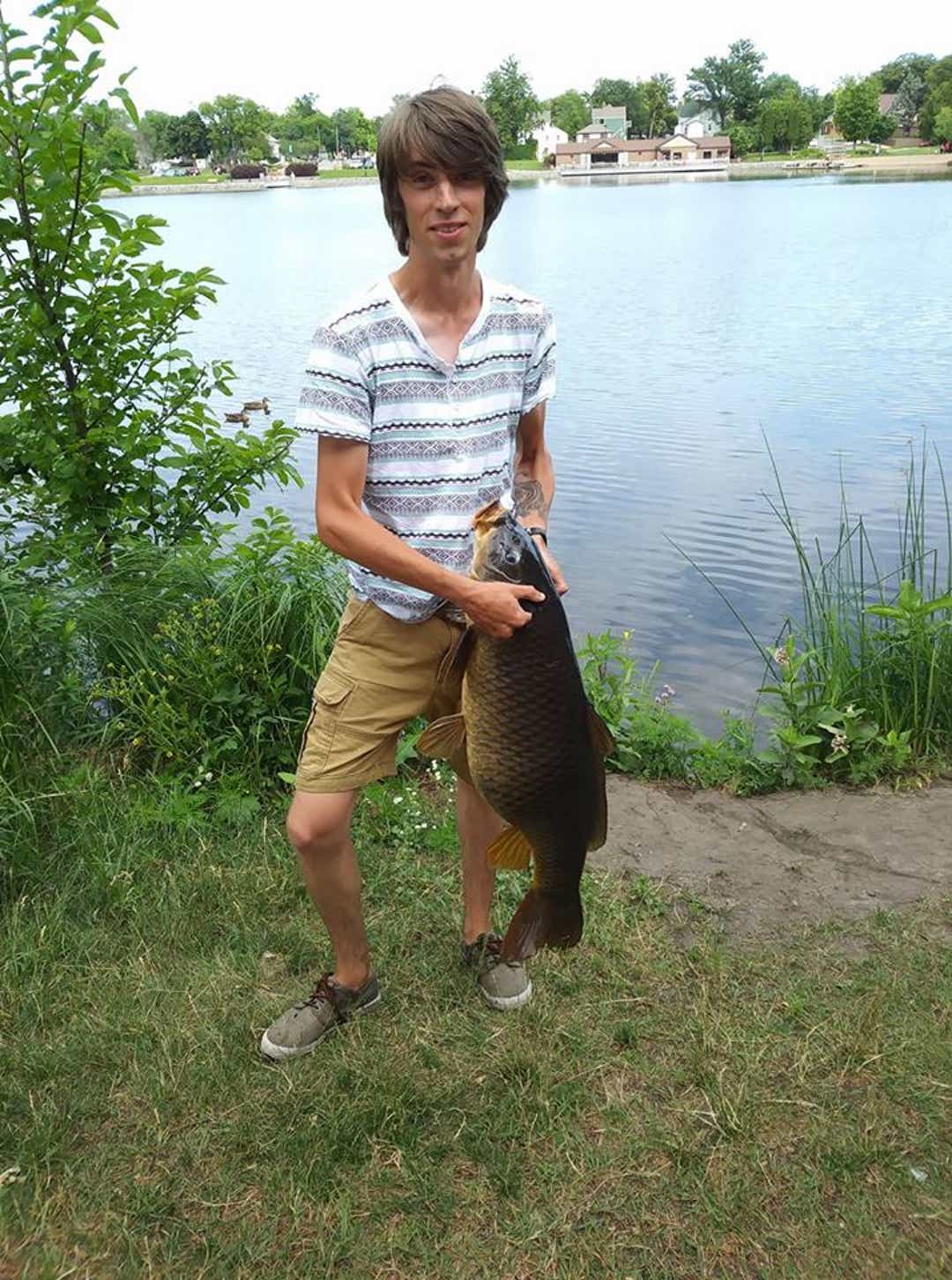 Timothy Garding, 19, of St. Cloud, poses with the 40-pound carp he reeled in from Lake George on June 3.
Submitted by Timothy Garding.

Timothy Garding, 19, didn't expect to reel in a monster when he sunk a 4-pound test line into Lake George on the afternoon of July 3.

But something fishy happened that suddenly took the amateur angler out of his depth.

"I had seen the carps swimming in the water, so I decided to go buy a loaf of bread as bait," Garding said. "I balled it up on my hook, and probably the biggest carp in the lake decided to take a bite."

The approximately 40-inch, 40-pound carp took Garding an hour to reel in.

"That line is only meant for fish weighing about 4 pounds," he said. "So you have to imagine reeling in a fish on it that's about 10 times larger."

During the hand-to-fin combat of sorts, Garding said his enthusiasm ebbed and flowed due to the exertion necessary to bring in the massive carp.

"I was excited, but then I wanted it to be over, because my arm was tired from reeling so much," Garding laughed.

The St. Cloud man said he's been fishing "(his) whole life," and was introduced to the hobby by his grandfather, who was present for Garding's big catch.

Garding said his grandfather was stuffed to the gills with pride.

"He freaked out," said Garding. "He couldn't believe it."

To put Garding's catch in context, the largest carp ever caught in the state of Minnesota weighed 55 pounds and 5 ounces, and was 42 inches in length, according to the Minnesota Department of Natural Resources.

"And on average, most people say they catch (carp) at about 10 pounds (out of the Mississippi River)," said Garding.

For those of you eager to meet the beast yourself, you're in luck: Garding is a catch-and-release fisherman who let the colossal carp go — after posing for a few photos with it, of course.

Click Here To Learn How To Catch HUGE Carp